Short Reads: Enjoy over a Cup of Tea or Coffee

The below stories are not only short enough to fit in around a busy schedule, but they’re also free!

Crimson by L.H. Cosway
For any Tegan’s Blood fans, the short novella, Crimson will keep you nicely tied over until the third book in the series comes out.
The fabulous Tegan’s Blood and Tegan’s Return are told from Tegan’s point of view, but if you ever wondered what was running through Ethan’s mind the first time he met her, read Crimson, right now.  Romanian vampire, Ethan Cristescu quite fancies the lonely looking, dark haired beauty who wanders into a private area of his club one evening.  Tegan smells like the sun and he is determined to find out why and get to know her, in every way possible!!   It was great to delve inside Ethan’s mind and find out what he was thinking when he first set eyes on Tegan.
What are you waiting for? It’s free from Smashwords now. 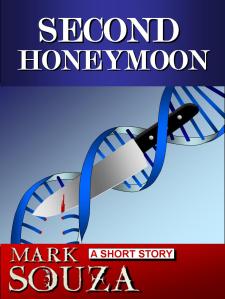 Second Honeymoon by Mark Souza
I previously read Souza’s excellent short, horror story “Appliances Included” so I had to go back for more.  He’s a skilled storyteller and Second Honeymoon didn’t disappoint.
Jack Duncan can’t wait to get his hands on the life insurance payout after his wife dies, but he’s not too happy to learn she changed the terms of the policy.  Instead of money, Jack receives a clone of his deceased spouse.  Too bad he was the one who offed his wife in the first place.
Free from Smashwords.

Have you read any good short story lately?

7 Responses to Short Reads: Enjoy over a Cup of Tea or Coffee