Book Review: I Am Forever by Wynne Channing (The Divine Really Ought to Listen to Lucas)

When I learned Dark World Books was touring the follow up novel to Wynne Channing’s What Kills Me, I jumped at the chance to grab a review copy of I Am Forever. I read What Kills Me last year and loved it. 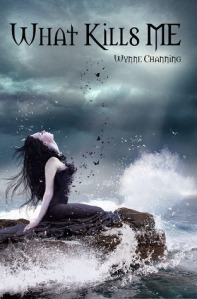 My Thoughts on What Kills Me:

What a fast and enjoyable read. I should be sick and tired of vampire stories at this stage (I read so many of them) but What Kills Me had a refreshing take. First of all, it starts out in Rome, the main character is Canadian, and how she becomes a vampire is unique. Zee’s voice was full of excitement, while Lucas is calm, steadfast and a little cranky – they balance each other out wonderfully. This is an action packed yet charming paranormal coming-of-age story. I hope to hear more about Zee and Lucas in the future. And the cover takes my breath away!

Book Review: I Am Forever by Wynne Channing

I Am Forever picks up just a couple of hours after the last book. Zee (short for Axelia) and Lucas are locked in a room, awaiting their fate at the hands of the Monarchy. Zee is told she is now a god and all vampires will bow down to her and refer to her only as the Divine. Not creepy at all. While Zee is taken aback, she tries to give their former enemies a chance. Lucas, however, is not so enthused. He’s waiting for the trap.

What I liked best about this book was Zee’s sense of humour. There are a lot of funny lines in this book, most of them thanks to our heroine. Even in the most dire life and death situations, Zee’s inner thoughts and dialogue had me chuckling.

Now, while I found Zee’s quips amusing, I did get annoyed with her for not listening to Lucas. He has been around a lot longer than her, hundreds of years. This is a guy who has a wise head on his shoulders. Despite all he has done for Zee, helping her even after his family dies for sheltering Zee from a Monarchy who wanted to kill her, she ignores Lucas’ warnings. He asks her to leave the Monarchy’s residence, but she doubts him and decides to stay put and live among the very people who wanted to kill her, and who murdered Lucas’ family. I wanted to shake Zee, and had to drum up some patience, telling myself she’s a seventeen year old girl thrust into an extraordinary situation. She’s bound to make some mistakes.

I Am Forever is as well-written as What Kills Me, but I did enjoy the first more, mainly because Zee and Lucas moved around a lot, and there was almost non-stop action. In I Am Forever, for the first half of the book at least, there is only one location, the underground fortress and lavish residences of the Empress and Monarchy.

The concept of a vampire hierarchy was interesting. Not just anyone can be made a vampire. There’s a special ceremony and once made vampire, the newbie is assigned a role he or she will play forever. Some will be soldiers, others maids, and they are told to serve the Monarchy. Of course the rebels aren’t having any of this and seek to destroy the Monarchy, Zee included.

I Am Forever is a fun take on the vampire genre. I’m already looking forward to the next chapter of Zee’s story.

Check it out on Goodreads & Amazon

If you like the sound of Wynne’s books, enter the International Giveaway.  GRAND PRIZE is a stunning ballpoint pen filled with more than 100 pink crystals, a black leather note book by Canadian designer Jessica Jensen, an ecopy of I Am Forever (Book Two in the What Kills Me series) and a signed What Kills Me bookmark.

Thanks to Dark World Books & Wynne for letting me read I Am Forever. Any vampire lovers out there interested in this one?

13 Responses to Book Review: I Am Forever by Wynne Channing (The Divine Really Ought to Listen to Lucas)