The Secret Circle: Half Time Review 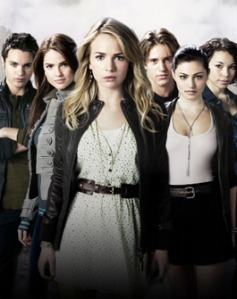 So the second part of the first season is back on our screens this week.  While we’re eagerly waiting, let’s take a look back at what’s happened so far.

As a long time fan of L.J. Smith and a Kevin Williamson appreciator (the man behind Scream, I Know What You Did Last Summer, Dawson’s Creek & The Vampire Diaries) I was looking forward to getting hooked on this new witchy drama and while I have enjoyed it so far, there is something lacking that prevents it from being great.

One thing missing is a worthy leading man. Adam just doesn’t have the sex appeal required for the role, the creators/writers in their infinite wisdom killed off Nick before we could even get to know him (in case you missed the tone, that pissed me off since he was an attractive, bad boy character in the books) and his replacement Jake is nothing more than a cold-blooded murderer in my eyes. Remember when he killed that poor shop keeper who was trying to warn Cassie?  What a jerk.  I had hopes that Adam’s father would play a bigger role (okay I just like his piercing blue eyes) but so far it’s not happening.  So the male characters just aren’t up to scratch.

In this show the women rule.  While Cassie is a little on the blah side, her rival Faye is the standout female character.  She’s fiery, bitchy, a little crazy, emotionally damaged and dangerous.  If anyone in the Circle has hidden dark magic it has to be this girl.  Then we have Diana, the nice as pie sweetie whom I think has a hidden steely core we just haven’t seen yet.  I’m glad she kicked Adam to the curb, he’s way too immature for her.  Diana deserves a strong boyfriend.  Here’s hoping she meets her match soon.  Isn’t there another girl in the Circle?  Can’t remember her at this moment.

So what has happened so far?  Cassie came to Chance Harbor, discovered that she’s a witch, the teens bound the Circle to control their magic and in turn brought unwanted attention from demons and witch hunters their way.  Cassie’s grandmother has been placed under a mind control spell by the man who murdered Cassie’s mother, none other than Diana’s father who is in cahoots with the evil high school principal and Faye’s mother to get their magic back, a member of the Circle has been killed and Cassie’s crush on Adam has veered off in favour of the villainous Jake who was plotting to kill them all.  Did I mention everyone? Oops, no I left out Melissa, again.  Who I hear you asking?  Exactly, this girl has been a near non-entity so far. Hopefully she’ll have her moment in the sun in the next half of the season.

Let’s hope The Secret Circle improves in the coming episodes.  It’s good so far but I’d love it to rise to the level of The Vampire Diaries, currently my favourite show on television.

4 Responses to The Secret Circle: Half Time Review