Based on the comments from Round One I’ve added a few extra to my list including Alice Cullen from Twilight and Mick St John from Moonlight.

Elijah Mikaelson -(Vampire Diaries). The James Bond of the Original Vampires. Suave, sophisticated, badass. I adored him from the second he walked into my life in season 2. 🙂 And now he’s moving to New Orleans for The Originals set to air this Autumn.

Louis de Pointe du Lac – (both the book and the film). Perhaps the original tortured vampire who wants to deny his bloodlust. I fell in love with Louis as a young school girl when I read Anne Rice’s Interview with the Vampire. Brad Pitt did the character justice in the Neil Jordan movie adaptation. 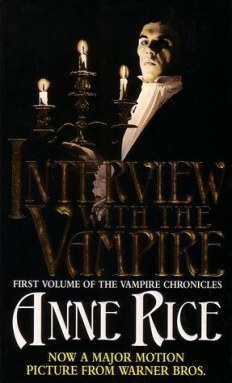 Lestat – Now here is a vampire with a thirst for life. Oh yes, please – I’ll have some Lestat any day. In fact my own vampire Tristan from Night Sighs has a bit of the bad boy Lestat in him. Lestat is a glorious vampire. He revels in who and what he is and makes no apologies.

David – (played by Kiefer Sutherland in The Lost Boys) – I’m picturing his wicked grin right now in the cave with poor Michael who’s about to become part of David’s gang. He loved being a vampire in the coastal town of Santa Carla and leader of his biker boys. “All the Damn Vampires.” Amen.

Darla – This vampire should have had her own show as Lindsey points out in a season 2 episode of Angel. She rocked in Angel more so than Buffy. When she was reborn/created/engineered by Wolfram & Hart, she didn’t relinquish her vampire nature despite her new human skin. She may have been bloodthirsty and cold, but she was damn entertaining.

Deacon Frost (Blade). Moody, sexy with a chip on his shoulder for not being a born vampire, Stephen Dorff’s Deacon Frost radiated sensuality and danger. Mmm. Pity he didn’t make it through the first film.

Blade – The badass vampire/human hybrid on a mission to rid the world of nasty vampires. He’s just cool, no other word for him. I aim to one day own a replica of his sword. The hidden trigger explodes a vamp’s hand – quite a handy tool to have around in a vampire apocalypse.

Drusilla – An insane vampire is a deadly creature, and she was hilarious to watch in both Buffy and Angel. “Grandmum won’t eat the double speak”. Yes, love.

Dracula – Gary Oldman’s version in the 1992 film. Sexy, old school, intelligent, wicked and dangerous. One of my favourite portrayals of a vampire. 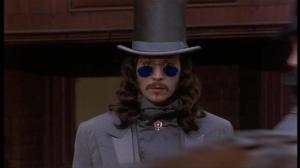 Eric Northman – Sexy as hell, a vampire Viking, how bad. He loves his progeny, Pam. We’ve seen him protect her time and time again. Given his age, he’s seen it all, done everything, but when he finds himself touched by a human girl, the viewers, myself included, sighed at our TV screens and wished we were Sookie.

Pam – Sarcastic, has a low tolerance for humans, apart from feeding from them and shagging them. She makes True Blood watchable these days. Even as a human she knew what she wanted in life, forcing Eric into making her his child.

Tara – Tara’s always been an angry character. Becoming a vampire without choosing to should have made this girl vicious and even more full of rage. And it did, at first, but now, it’s clear Tara was born to be vampire. She cares deeply for her maker, Pam, and rocks as a member of the undead.

Bill Compton – I adored him in the first season of True Blood. An old fashioned gentleman and soldier in the Civil War, Bill loved Sookie dearly. He was the kind of man you’d bring home to meet your parents. Bill from Season 4 onwards is not someone I’d like to hang out with if I ever happened to spend a couple of days in Bon Temps.

Count Duckula – Oh, childhood. This cartoon brings me right back to after school afternoons spent in my nana and grandad’s house in 24 Congress Road, Turner’s Cross. Poor Nanny had an awful time. Remember the Count Duckula theme? 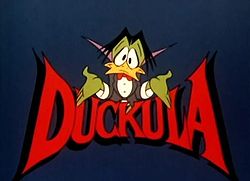 Thierry Descouedres – (Night World books by L.J. Smith) I fell in love with him reading these stories set in the Night World. He’s the second oldest vampire (as far as I can remember). In Soulmate, we learn that thousands of years ago he murdered his intended mate when he was unable to control his blood thirst. She reincarnates down through the ages and he tracks her down every time to try to save her from the evil witch who made him into a vampire against his will.

Quinn – (Night World books by L.J. Smith). He doesn’t come across in the best light at first. He’s a trafficker of human women, who are captured for their blood rather than sex in this world. When Rashel, a vampire hunter, catches up to him, he starts to see humans differently.

Henry Fitzroy – (Blood Ties). He’s an artist and his lineage dates all the way back to King Henry VIII (who knew Henry’s illegitimate son was a vampire?). I enjoyed watching the banter between him and private detective Vicki Nelson. They rocked the older woman/younger man thing.

Mick St John – Moonlight. There are quite a few fans of Mick out there. Sleeping in a fridge kind of made any relationship with his love interest impossible. A vampire in Sunny California was probably a never good idea, but Mick made it work.

Alice Cullen – From reading the comments in Round One, a lot of you think highly of this petite vampire. She’s feisty, fast on her feet, a great friend, and can tell the future – well, sort of.

I could keep going, but I’ve run out of energy. If there are more vampires you think I should have mentioned, please let me know in the comments. Have I introduced you to any new vampires?

29 Responses to Vampires Vampires Everywhere: Round 2