I’ve still got a week or so to go until I’m free from work to enjoy Christmas, but I’m already planning my couch potato time.

“Hey you guys….” One of my favourite films, ever! A gang of misfits, a treasure hunt, Corey Feldman… What’s not to love? I’ve lost count of the number of times I’ve seen this over the years, yet I never tire of it. And to top it all off, we’ve got Cyndi Lauper singing in the background. “It’s good enough. It’s good enough for me. Yeah yeah yeah yeah yeah….”

I still gasp every time I see the first shot of One Eyed Willie’s pirate ship. 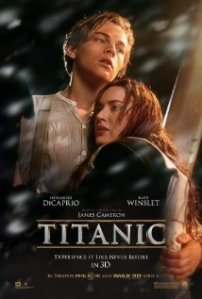 I never mean to sit down for all three hours or so of this film,  but often find it difficult to get off the couch after Christmas dinner and go search for the remote. So the family ends up watching Kate and Leo on their first and last cruise together. Fifteen or so years later, I still enjoy the romance.

But why couldn’t they just take turns on the door instead of Leo freezing his ass off in the Atlantic? They should have asked the guy with the brandy for a sip. Maybe then they’d have both survived and gone on to have beautiful babies. Sigh.

The Sound of Music

This usually airs on St. Stephen’s day mid afternoon when we’re sitting around digesting a feast in my sister’s house. I do like to sing along to the Von Trapp family, and Christopher Plumber is quite a handsome man in this, very fanciable indeed. The Sound of Music is a Christmas treasure. 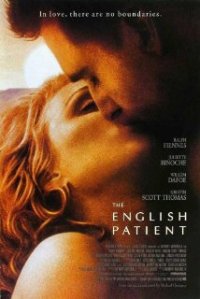 For some reason, I ended up watching this practically ever New Year’s Eve night when I was a teenager. Fortunately I get out more now and catch it on a different day. This tragic love affair has reduced me to tears on more than one occasion. I think it must be Ralph Fiennes’ passion for Katharine that pulled me in when I was a young girl.

I know I studied the novel as part of an English course in college, but I can’t really remember the book. Must have a look for my paperback and give it another read.

A couple of hours spent with Elliott and the ugly little extraterrestrial is time well spent. Is there anyone out there who hasn’t seen this film?

Please tell me the answer is No.

I adore the ensemble cast in this one. Rachel McAdams cracks me up with her bratty performance, and I think Sarah Jessica Parker did such a good job in this. You’d never think of Carrie while watching her awkwardly attempt to get through Christmas with her boyfriend’s parents. This film has its sad and cringey moments – the conversation around the dinner table anyone?

But I find their home warm and real, chaotic and all about the family. 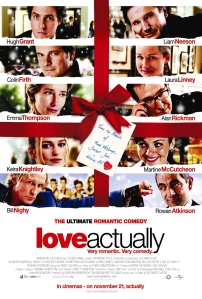 Even if you wanted to avoid this one, it’s nearly impossible. It usually airs several times on the UK, Irish and American TV channels I get, so it’s hard to miss. But that’s okay, because I love it.

There are lots of different stories and characters, and I appreciate how it doesn’t shy away from showing how difficult Christmas can be for some people. Did you recognise Rick from The Walking Dead as the guy in love with his best friend’s girl, Keira Knightley?

All I Want for Christmas

Set in New York, Thora Birch is cute as a button and Ethan Embry  (credited in this film as Ethan Randall) is charming as he schemes to get his divorced parents back together on Christmas Eve. Enjoy a singing performance by Lauren Bacall and Leslie Nielson in a cameo as Santa.

A bit on the corny side at times, but I love it.

What movies will you be watching this Christmas?

20 Responses to My Christmas Film Schedule