I’ve got the gorgeous cover here today for Michelle Cornwell-Jordan’s latest book, School Nightz, a compilation of the novellas in her Night School series. Scroll down to take a look. Michelle’s own daughter portrays Angel on the cover. How cool is that? Michelle blogs over at IndieWritersReview. I’ve enjoyed all the novellas so far and am looking forward to the next.

(Inspired by the second novella in the series Kindred)

The cover was created by the amazing (Amy Rooney-CVWriterDesigns)

Big Hug and Much Gratitude to the very awesome duo

Fifteen year old Dasheen Bellamy’s world is turned upside down, when she is accused of killing her father and godmother. Dasheen cannot remember the events of the night her world is destroyed, but she feels inside that she is innocent; due to lack of evidence against her and with no other family; Dasheen and her younger brother Jordan, are sent to the elusive and mysterious Ame’ Academy ; a residential school where all is not what it appears. There all goes well, until Jordan, begins to become distant and behave strangely as if he is afraid of something or someone. Jordan is transferred to Ame’ Academy’s Night School track, which is usually only open to special cases. In order to discover what is happening with her brother, Dasheen is finally allowed to also transfer, attending classes in the evening while the rest of the world sleeps. Soon Dasheen’s world changes again as she discovers that things out of fairytales and horror stories exist, that she has ancient powers and is the major player in a mystical prophecy; and then she falls in love with a boy, whose mission is to see that she is destroyed before her destiny is fulfilled…

The Kindred is the second novella in The Night School Vampire Hunter trilogy.

Angel and her friends at Ame Academy, a boarding school for preternatural and humans are back, and they are preparing for battle against the dark forces that kidnapped Angel’s younger brother Jordan. Angel had recently discovered that she was a Hunter and that she alone has a special weapon against her enemies, her blood, which is discovered to be toxic to her enemies. Angel is prepared to use her training and all that is at her disposal in order to save Jordan, even if that means joining forces with the strange and mysterious Rafael, who at their first meeting, she recognized him as the boy she had dreamed about for weeks prior to his arrival at the school. Angel cannot shake the feeling that she knew Rafael before, and is hopelessly drawn to her extremely handsome fellow hunter.

Rafael frightens her, he hints of a secret; another time and another life lived.

Events unfold that provides the answers to who Rafael really is and what they mean to one another; and along with these strange and blossoming emotions for Rafael, along with guilt and fear for her brothers safety; Angel discovers that she is more than just a Vampire Hunter, and that she plays a major role in a ancient prophecy, which she must fulfill by facing a force so evil that survival is not promised.

But she will face the Dark One, Angel will sacrifice all, if it means saving all whom she loves.

Many questions are answered, but the drama is just beginning… 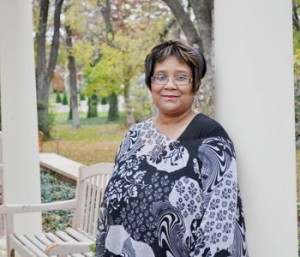 She is also the producer/host of the online radio segment, IndieReview Behind the Scenes, where she and her co-host Author Jamie White interview Indie authors and musicians.

Michelle has been married for seventeen years and has a fifteen-year-old daughter.

A book lover, her favorite genre has always been paranormal adventures.

Find out more about her on her website http://michellecjordan.wix.com/author#!

Much gratitude & Heartfelt thanks to artist

With her powerful, yet angelic voice and unmistakable charisma, Cecile Monique is a multi-talented musical artist ready to make her mark on the international music scene. Cecile Monique is not only an accomplished vocalist; she is also a skilled writer, composer, and arranger of her own original music. Her years of formal classical vocal training provided the foundation, but her singular creativity, diverse musical influences, and her fresh, youthful style have provided the fuel to create the distinctive fusion of rich, classically-influenced vocals with modern, innovative instrumentation that exist together in perfect harmony and have become Cecile Monique’s signature, genre-bending sound.

In addition to her impressive musical talent, Cecile’s cosmopolitan personality and multicultural roots (half European and half Hispanic) also broaden her appeal to an international audience; Cecile is fluent in several languages and has recorded and performed songs in English, Spanish, French, Italian, German, Czech, and Latin.

In 2010, Cecile Monique was awarded the prestigious FACTOR New Talent Award in support of her self-titled EP release featuring three of her original compositions, which was recorded at Metalworks Studios, Canada’s #1 recording studio. With the launch of her new EP now available on iTunes worldwide, and a myriad of new projects on the horizon, Cecile Monique is a rising star poised to become an international phenomenon.

Good luck with the upcoming release, Michelle. Love the song, too.