Book Review: IT by Stephen King (Can I Join the Losers Club Please)

I got hooked on this one. Closing the last page left me dealing with a gut-twisting sense of sadness. Get comfy, ’cause this is going to be a long post. 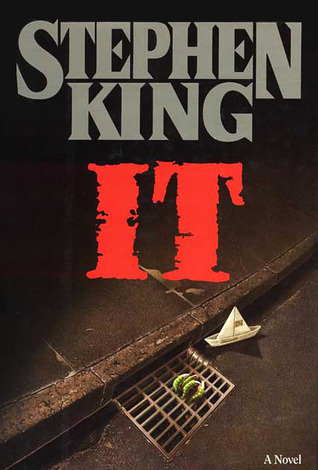 I’ve always described Stephen King’s The Stand as epic. The length of the narrative (I think my copy runs to 1400 pages), the number of characters, the themes it explores – there is no other word that quite sums it up. Why it took me so long to get around to reading IT, another very long book by King told from multiple points of view, I don’t know, but now that I’ve finished, I’m once again happy to use the word “epic”.

Let’s get the negative out of the way first. I felt IT was long-winded at times. There was too much backstory on characters that weren’t central to the plot. Too much info about incidents from Derry’s past. A good 200-300 pages could probably have been removed and wouldn’t have affected the story. I did have to push myself through the first hundred pages or so, but once I got into IT, I was hooked.

I caught the TV mini-series when I was maybe eight or nine years old. Adult supervision in my house must have been lax because I remember being frozen on the couch, unable to move or call to my parents for help. I probably spent an hour and a half watching one part of the TV show on Sky 1, and neither my mom nor dad came to check up on me. The image of the evil clown’s bloodshot eyes and yellowed teeth paralysed me and still gives me chills to this day.

My father picked up the book at a car boot sale for me months ago. I’d asked him to keep an eye out for The Stand since my own copy had fallen apart. He saw the hardback of IT and couldn’t resist a bargain.

I know TV shows and movies can’t capture every element of a book, but the series ignored a lot. From the TV series, I didn’t fully understand how different the town of Derry is to every other town and city in the US. One of the characters in the book compares it to a town in Texas where given the population, the crime rate is unusually low. Studies of the water in that town found it contained a natural tranquilizer, making the people more placid. Derry is the opposite. Given the fact that It lives in the sewers and uses the canals and drains to get around, the crime rate is higher in Derry, because there definitely is something in the water, It.

I wondered, given all the children who go missing and turn up dead, why national news broadcasters never come to Derry, but again that’s explained. People in Derry have a way of forgetting or just accepting the bad stuff that goes on, and when they leave Derry, they don’t remember much about it. IT’s way of keeping Derry isolated.

Things take a turn for the bizarre when the kids come face to face with It’s real likeness, or as close as a human mind can process It’s true form. My head actually hurt at one point as Big Bill went zooming off into the universe and chatted with the Turtle. Was Stephen King on happy pills when he wrote that part? I found myself wondering. And if he was, I’d love to know what kind…

What horrified me the most was the implication that if you got lost in the deadlights and your body died, you would spend eternity with It. That appalled me. I was thinking of poor Georgie and all those kids who died. Are they spending eternity with a monster?

SPOILERS AHEAD – I want to talk about how I felt when I finished reading, and for that I unfortunately have to include SPOILERS. So if you have any intention of reading IT, ignore this paragraph. SPOILERS SPOILERS SPOILERS….
The final pages left a deep sadness in me. I have to say well done to Mr. King for making me care for these characters, both as children and as adults. What made me an emotional wreck was the tragedy that Mike and Bill and Beverly and the rest won’t remember each other, their friendship, how they saved lives and battled an evil entity. It broke my heart reading how Mike couldn’t remember if Eddie was an asthmatic or chronic migraine sufferer. Richie picks up the phone and doesn’t remember who Mike is at first. And the awfulness grows even worse when Mike finds the ink in his journal fading. In time he won’t be able to read about IT and his friends from Derry.

The gang will go about their lives, perhaps happier now that the evil is wiped from their minds, but they will live without each other and the knowledge of each other. I found this to be a terrible, awful, punch-me-in-the-gut and twist my heart tragedy.
I’d heartily recommend IT to horror fans. But even if you’re not a fan of horror, read it for the story of friendship. Nobody writes childhood friends like King. He captures the innocence of youth masterfully. The kids in IT made me think of the children in The Body and the movie adaptation of that novella, Stand By Me. I wanted to be a member of the Losers Club.

IT spooked me, drew me in, made me care about the gang of 7 as kids and as adults and left me emotionally spent. ****

Check it out on Goodreads & Amazon

Who’s Read this One? What did you think?

Buffy fan, avid reader, writer.
View all posts by Emma →
This entry was posted in Book Reviews and tagged becky from Supernatural IT, book review IT stephen king, he thrusts his fists against the posts, IT tv mini series, jonathan brandis IT, losers club IT, pennywise the clown, seth green buffy IT Stephen king, turtle other IT. Bookmark the permalink.

24 Responses to Book Review: IT by Stephen King (Can I Join the Losers Club Please)