Time for a fun vampire post. Love or loathe these creatures of the night, there’s no getting away from them these days.

Spike – Bloody hell, we love him. Well, at least I do. This guy’s my absolute favourite vampire ever. He roared into town and my heart in Season 2 of Buffy in one of the best episodes, “School Hard”. Bleached blond, bad boy attitude, working a punk rock star look and English accent, Spike gave Angel a run for his money as the main vampire on campus. 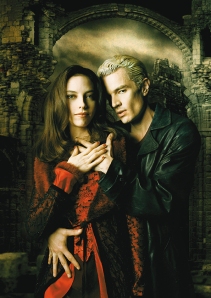 Angel – He said Buffy was the only woman he ever loved – and then he fell in love with Cordelia. Er – okay. I really liked Angel for the first couple of seasons, and after that – not so much.

Edward Cullen– Those of you with sparkly skin prejudices, back away, now. Ed’s my boy, and I was deeply in love with him when I read Twilight back in 2008. He and Forks got me through a bad time, and I will forever be grateful to Stephenie Meyer for introducing me to the Cullens.

Rosalie Cullen– Ice queen extraordinaire and cool chick in both the Twilight books and films. She can hold her own. I particularly admire how she scared the crap out of her attackers prior to killing them. “I was a little theatrical back then.” You go, girl!

Caroline Forbes – (Vampire Diaries)She was a whiny, shallow, annoying human. But she rocks as a vampire. When things get a tad dreary and serious in Mystical Falls, Caroline’s delightful bubbliness (is this a real word??) tends to make things lighter and more fun for the viewers. 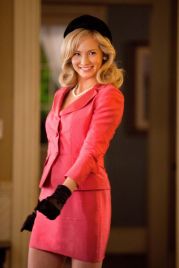 Rebekah Mikaelson – She may be 1000 years old, but she’s still learning how to live in this modern era, thanks to her brother keeping her in box for most of the 20th century. Rebekah has a Cordelia Chase way about her. She says what she feels, acts without thinking, is spontaneous, mean, vulnerable, spunky, craves love and is generally one of the most entertaining characters in TV land.

Stefan Salvatore (Vampire Diaries TV show not the book) – He was the good brother: noble, brave, in love with a human girl, cleaning up after his bad older brother’s messes. Then he went psycho. I miss the old Stefan.

Klaus Mikaelson– He’s got a real British accent, he’s unscrupulous, ruthless and cruel. I didn’t have much time for him at the start, viewing him as nothing more than an evil bastard. He killed Jenna and Elena, and turned Stefan back into a ripper. It didn’t seem like he could be anything other than monster. Then Caroline came along.

I’ve got round two coming up next week which features Dracula and a few of his nocturnal friends. Who is your favourite vampire of all time? Or do you despise these creatures of the night in all their various forms and wish they’d retire to their coffins?